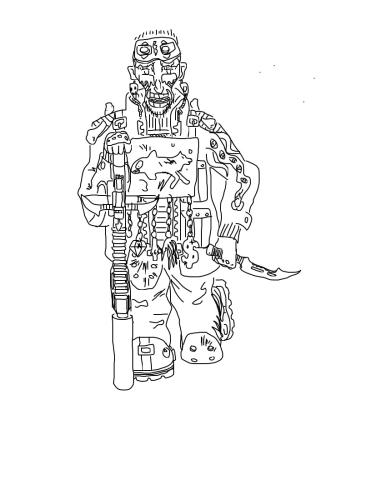 dislikes: “What the fuck are you talking about?”

Not so much man as rubble shaped into a person and shoved into the north’s military craw. Father was a preacher, found dead splayed on the kitchen table under mysterious circumstances. No wounds. Wasn’t much time for forensics, then. Mother vanished in the marsh soon after. Life alone in rural New Brunswick left Ashbrecht adept at living on the land, skilled with firearms, and possessed by intense independence. Gained first combat experience after joining an Acadian military contractor fighting Maine Threeper incursions, later joined voluntary border militia keeping American refugees out of the country. Stipend paid for his high school tuition.

Teachers commented on his thoughtful bent, which in adulthood manifests in outbursts of intellectual glossolalia that rupture his baseline drug-addled melancholy. In a different world he’d be starving on the sessional professor circuit teaching bourgeois sprogs about Kuhn. Instead he found drugs, and then an A&P recruitment office.

Ashbrecht’s managers admire his inability to feel discomfort in any circumstance: whatever his threshold for disgust is, he hasn’t reached it. It is our opinion he never will. 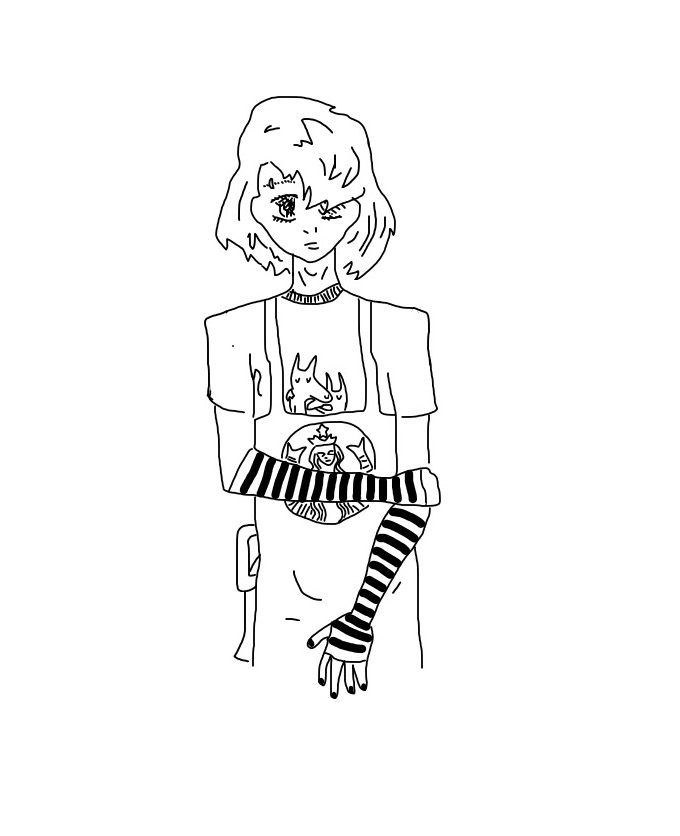 Essin XXXXXXX would be a total nullity were it not for their mother, noted environmental extremist [REDACTED — KH NEPTUNE]. Father former cook, retired to Sudbury shortly after Essin graduated high school and started living on their own. Relationship characterized by mutual indifference.

Aimless, no interest in the future, few prospects. As they are estranged from Mrs. XXXXXXX, and show no signs of sharing their mother’s violent ideological positions, we do not consider them a hazard. Random low-level audits to maintain information integrity will be sufficient.

I waited and I yearned for you 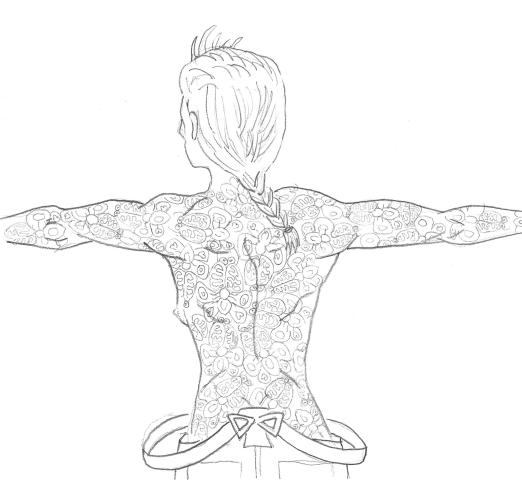 EWhile Information Control has pushed for terminating Wallach, I recommend we sustain our veto. I’m not convinced she’s a lost cause. IC’s permanent presumption that any information deviant is an ideological hazard does not hold true. (And I maintain that their mania for purging info hazards demands intervention from the JCO. The scientific underground is doing useful work.)

IC’s reasoning for termination is as follows: she fought in the Baffin War, where she was sexually involved with the current director of Animal Control. There, she witnessed the first documented new animal replacement, deserting shortly afterwards without collecting her quite substantial pay. She has a lifelong interest in ecology. We have no information about her life prior to her involvement with Amethyst & Power— she’s among those whose identity was lost on Sunny Sunday. In the absence of psychosubstrate to profile, circumstances (at least according to our colleagues in IC) suggest a principled opposition to the JCO.

This amounts to a tenuous argument. Evidence supports my hypothesis that ideology has nothing to do with Wallach’s reluctance to take up government work. She’s possessed by libidinous pragmatism. If she has an objective, it is to know.

This is what disturbs me. Not that she’s misguided. She’d shown no ideological affiliation prior to war and has shown none after. Nothing in her behaviour demonstrates she’s among the many afflicted by some juvenile political grudge against the government for our public safety policies. What does that leave IC with? She likes nature. She’s mad that it’s dying. Plenty are. Most of those are liberals, and we have many liberals at the JCO.

No. She has contempt for the JCO because she thinks we’re stupid. Any literature we have traced to her invariably includes some argument that AC’s method for managing the crisis won’t work, with a convincing outline of why it won’t work.

And where I write she thinks, I worry that I should write she knows. I’ve read the literature in question and her powers of insight and analysis would be the envy of a veteran knowledge auditor. I recommend we continue seeking her assistance with the present crisis— whether or not recruitment is possible.

I furthermore insist we issue an edict to IC that they are not to pursue her with the usual methods. I hope this case of IC overreach prompts the JCO to take IC’s escalating headstrong tendencies seriously. They cannot continue if we hope to manage the changes forecasted in the coming year.

Recommendation denied. Information Control’s autonomy must be preserved for the effective performance of its duties.