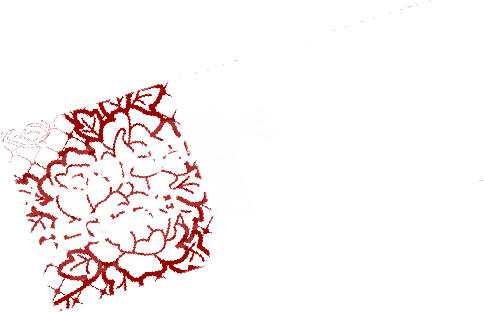 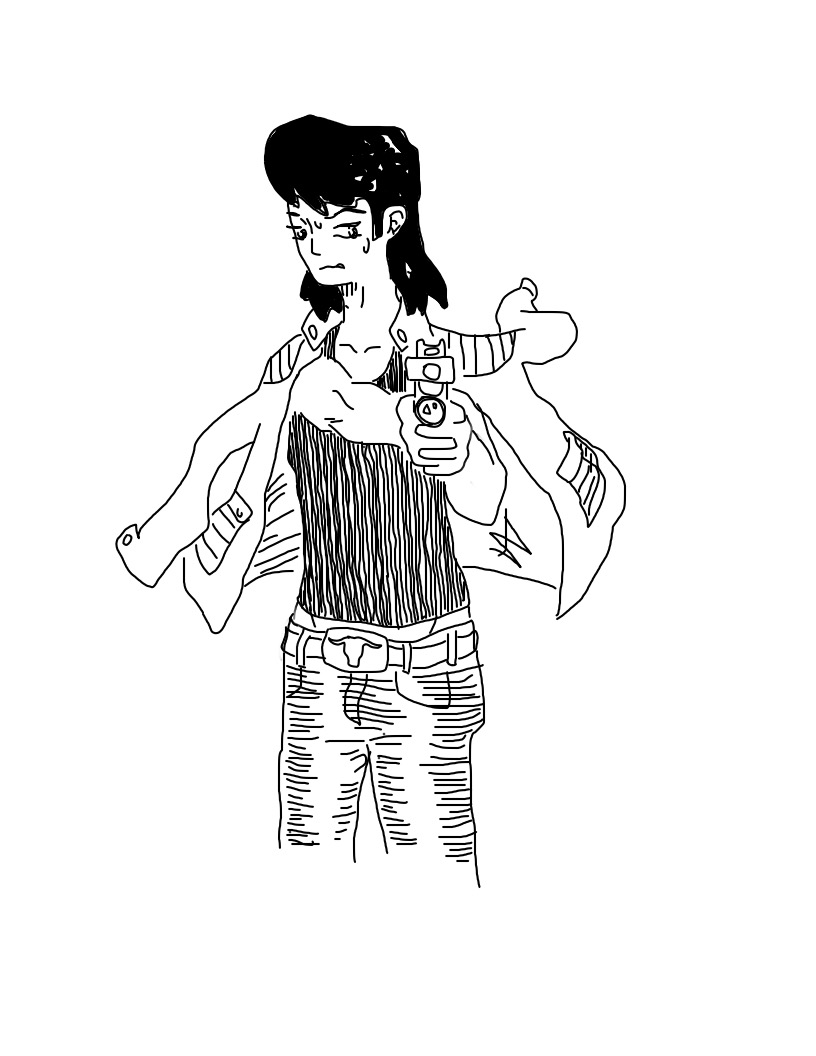 Note from Provisional Undersecretary of Operations: Tracking our POI’s history didn’t pose a challenge for our analysts. Making sense of her did. We consulted sixteen subject matter experts in the course of assembling this dossier. And by “subject matter experts” I mean we had to put a call out on Teams to see if anyone knew what a “futanari” is. We have had to assemble dossiers on many transgenderists in the course of this work-- on the off-chance they involve themselves in actual terrorism, usually, though this individual does not fit the profile. Lillywhite doesn’t fit the profile of a typical terrorist and wouldn’t be a POI if it weren’t for the current social circumstances. Anyway, if you find yourself as baffled as I was, I’d recommend reviewing the appendices or set up a meeting with the subject matter experts. Considering the challenges and opportunities brought on by our visitor’s arrival, I believe it vital that we understand this person.

POI Lillywhite’s footprints appear around age 10 (Seems late – E.). Based on school records, before 10 she spent her time on unstructured physical activity outside, but maintained good grades in language arts and hands-on activities-- her records show a patter of periodic violent altercations with other students. No explanations are noted. These preferences seem consistent with her family’s values (see Appendices C-17 for Psych’s write-up on the domestic terrain). Her parents nearly divorced twice in the period before the ten-year mark. It is not clear how much Lillywhite was aware of this. Though we have reason to believe things were bad enough that the mother spent three months living with a friend in New Jersey in 2003, elementary school counsellors do not refer to any family issues in their notes on Lillywhite’s violent outbursts. They do note that all her friends were girls, but if these friendships were real, they are not reflected on her Facebook network.

Her first social media were Facebook and Snapchat but she barely uses these. Data Analytics informs us that she spent most of her time online reading pirated manga while listening to music in a private and VPN-protected browser. Her tastes in both are polarized between extreme (extreme violence, emotions, or sexuality) and content our in-house hentai expert has described as “very gentle”. She has a notable interest in structures and systems expressed in forms like worldbuilding (at age 11-12 she was an active editor on the Magic the Gathering lore wiki, clocking over 400 hours on the site in the spring of 2008). Taste in pornographic fanfics and doujinshi escalates from age 11-14, stop abruptly, and only resume when she discovered the parasocial sex work and fanart economy on Tumblr, where she adopts an ethical principle of only consuming explicit content by people she maintains a relationship with. Several private Snapchat accounts record a slide into delinquency (frequent partying, alcohol, vandalism, drug abuse) that corresponds with a decline in her grades and mental health, as well as marking the most time she spends with males her own age. In grade ten, a Vice Principal notes possibly investigating Lillywhite’s home situation, but does not follow through.

She gets her act together by grade 12 with a no-holds-barred effort to pull her grades back up. Her social studies teacher in this subject wrote an impassioned, 3-page letter in support of Lillywhite’s university applications and she lands a scholarship to the University of Washington. During this year her online presence almost vanishes save for two crucial areas: she creates a Tumblr (actually her second, after one she used in middle school for lurking) and starts reading radical literature online (as part of a broad program of study of social and political thought, that also includes canonical liberal and historical texts, but investigates the radical tradition above and beyond the needs of university preparation - e.g. as well as Marx and Bakunin she reads recent anarchists like Fredy Perlman). Psych’s personality network models mark this as a nodal tipping point in her life.

From university on her online record is much denser and I will let the extensive documentation in the folder for this period speak for itself (see Appendix D-23). Almost immediately she switches to he/they pronouns on Tumblr and in some class assignments; the idea probably did not arise from her social setting at the time, but dates back at least to the nodal tipping point. For eighteen months she was a member of the Cult of Black Domnu, but did not appear to participate in any of our recruitment or influence operations connected with the Cult. She began using she/her pronouns on her Tumblr during this period. Location tracking information shows she is superficially outgoing during this period, active in both music and activism scenes, as well as attending parties and forming Facebook friendships (she still barely uses Facebook) with people in a wide range of social and parasocial networks, but only forming dense relationships online (and, briefly, through the Cult). Her own creative activity – some experimental electronic music project – is also exclusive to her Tumblr, through which she meets POI Mai Obiakolam.

Mai appears to have been her only serious relationship, despite a wide dating history (see Appendix D-44 for a detailed reconstruction of their breakup through Tumblr and Facebook Messenger records, and how it might apply to the current situation) and introduced her to most of her current and estranged long-term friends, including Delilah Jung who had a second-priority folder in NSA records before her suicide efforts succeeded.

The person of interest’s current politics, as indexed by a selection of most relevant recent Tumblr posts flagged by our algorithm in Appendix F, appear to our agents most familiar with the context to be still influenced by the Cult’s blend of anarchism and Leninism. Like other members who internalized these politics, she appears to have retreated from concrete activism in the past two years, outside of mutual aid and transgender issues. Unlike others, particularly those who rejected the Cult, she does not appear to have deradicalized. Her recent Tumblr posts (see Appendix G) suggest a personal elaboration of these ideas based on the idea that the dominant world systems of capitalism, colonialism and bureaucracy can only be dismantled with the influence of a radical, powerful, external force. These beliefs would have been a sufficient justification for lifelong retreat and eventual normalcy had recent events not made them exceptionally dangerous. 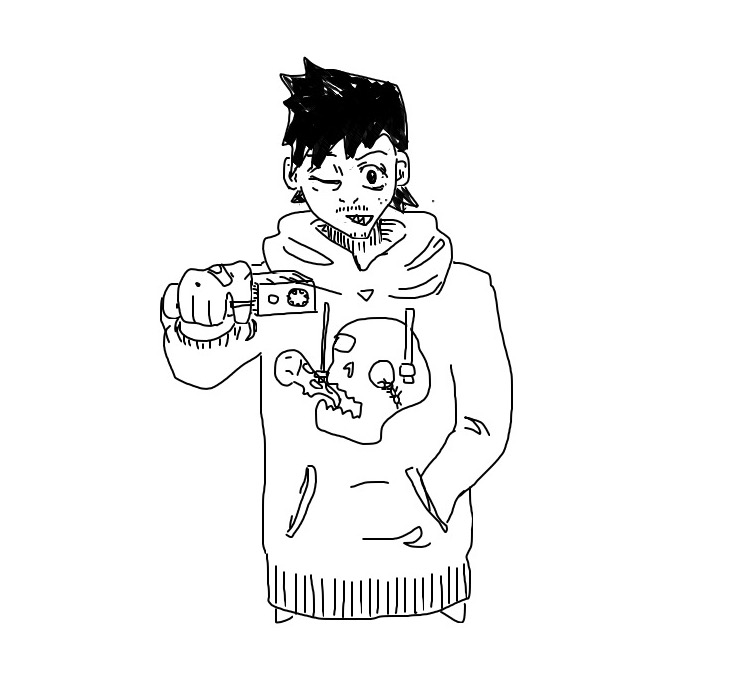 This POI should be a much more pliable subject than his sister, in theory. Commander Richmond would like to note that that’s a big “in theory”. First of all, turning against his sister overtly would appear to verge on the impossible. Leona’s transition, at a time when Ajax was socialized almost exclusively by typically homophobic rural high school boys, should have alienated him from the older brother he looked up to as much as anything our psychological teams can orchestrate, and instead may have actually made them closer. It is unlikely he will ever admit this, but Jax had shared Leona’s music Tumblr with a number of friends, stopped associating with them shortly after sharing it, and had rumours that he was a “faggot” spread around several school Snapchat channels. This is when he struck up a close friendship with local druggie Alistair Keyes [see next document].

This was, however, more or less the first and only time Jax stood up to peer pressure so overtly. Jax picked up a moderate interest in all of his sister’s childhood interests but seems to have lacked the capacity for isolation to pursue them in the depth she did. This did not mean he was ever especially popular. He played a different team sport almost every year, and in at least one Facebook exchange was promised he could continue hanging out with his team members on the condition that he didn’t fuck up their scores next season. Based on gym records, this can’t have been because he was especially physically weak; it likely had more to do with the same lack of focus that was remarked on by many of his teachers (and, indeed, an in-school psychological assessment conducted when he was 6, which suggested ADHD and appears to have not been followed up on by his parents). The one exception to his difficulties seems to have been anything to do with guns, a shared interest with Leona in which he seems to have been the more enthusiastic learner online, although it’s unlikely he could have mastered them physically without her.

During his sister’s high school delinquent phase (while he was in middle school), he seems to have played very safe, perhaps for the benefit of family stability. At the same time this is when he started spending more time online, becoming a regular on 4chan’s /k/ and /out/, as well as lurking websites and forums devoted to various extreme lifestyles - drugs, extreme sports, raving - almost all inaccessible to him. He even had Tor browser installed, though he uninstalled it and wiped his hard drive quickly a few months after downloading. His online rabbit holes seem to have allowed him to affect a worldliness that became a source of social currency, significantly widening his friend group (not only beyond that of his own childhood, but anything Leona ever managed) in high school, where he embarked on an even sharper downward trajectory than she had as soon as she left (even before meeting Alistair). He was nearly held back a grade for cheating on an exam, and starred in a local viral video showing up to class intoxicated. Jax graduated the year Leona moved back, deferring his acceptance to Montana State University, and has since abandoned a string of job opportunities secured for him by his father. His current illicit venture with Alistair is the latest of a string of get-rich-quick schemes, including a months-long effort at building a brand as firearm influencers on Youtube, which revealed a powerful work ethic provided he is allowed to direct himself, but burned out after their channel was demonetized over a meme video that was interpreted as threatening a minor Soundcloud rapper.