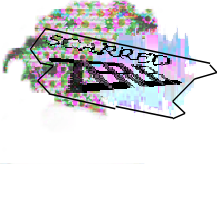 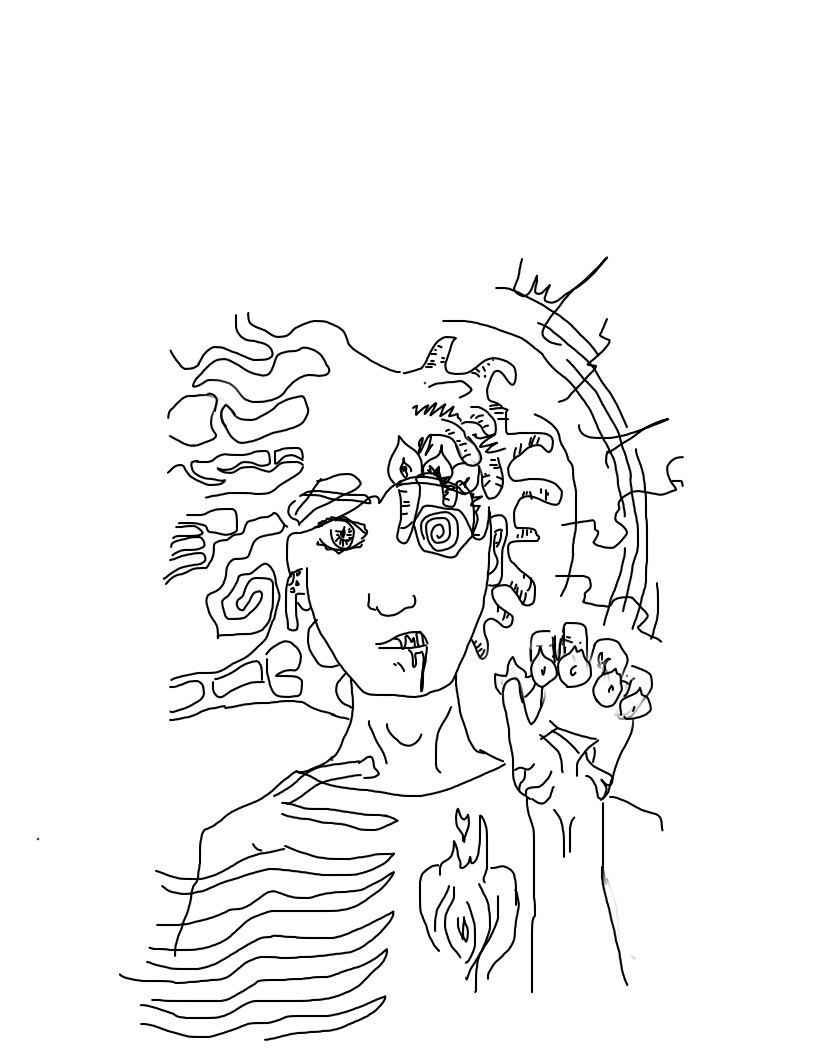 occupation: keeper of a withered bracing neurodivergence: huskshedder. under care of sister leaeth of the sixth gate

‘But there’s not much time. There will have to be other sanctuaries as well protected as the Gardens of the Queen.’

The Epsilon threading is recovered from a crush dreaming, unspun while coastered out. This sojourn will make its way to Ceriel only after the light fleets away. The gardencity has held secrets from ancient bud. They blossom in petaldance to the eyes of those who stare not at the mist but at the neo-soil below. Ponder their footwork. Careful as they toe across chalk shadows. Etched spectres of those bleachnuked long before into this ghosthood. This is what is meant. In that lost heartbeat belched up from loam there will always be a pattern. Strung through the limbs that push and pull. It is for the desperate, the drowned in ichor, to try to see through the black gloop. To make out the sky past the surface which no light ever breaks through. Those who stare at earth exhume it instead. 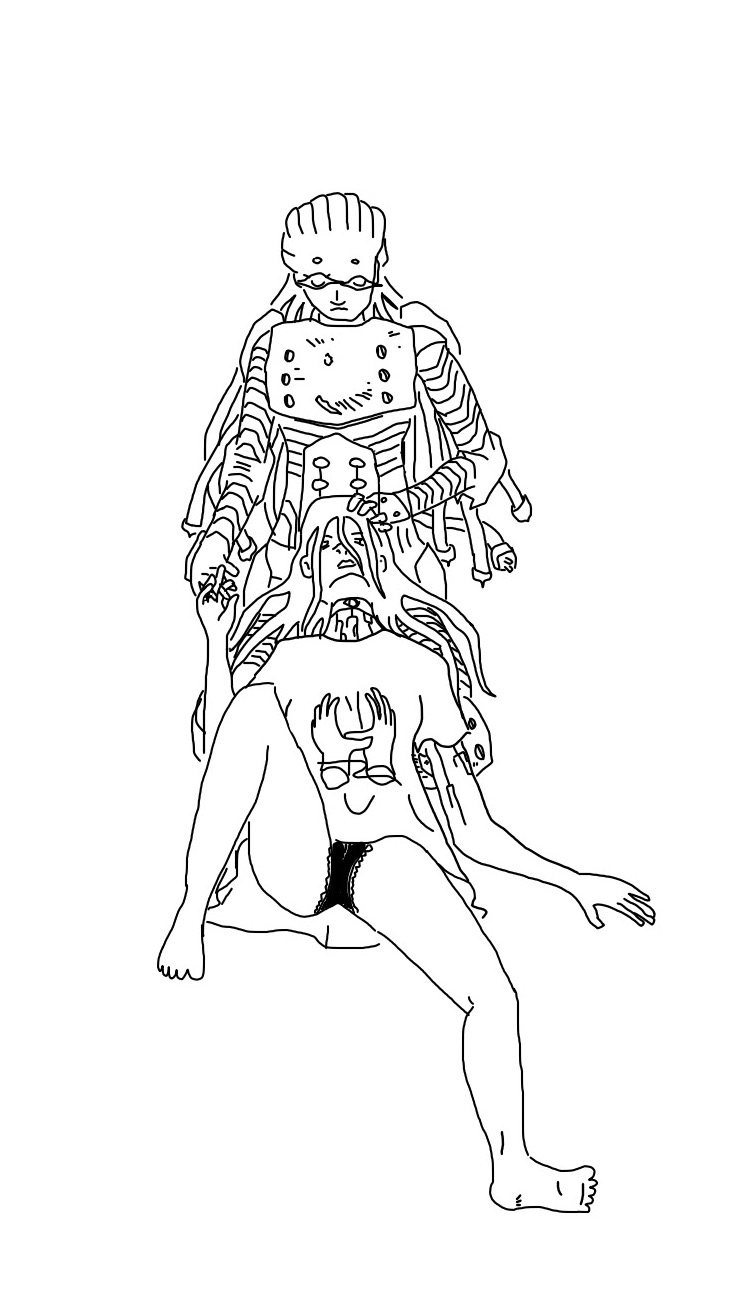 “The spider has taken the same amino acids that are in your hair, skin, body and has put them together to make a beautiful continuous filament with perfect crystallinity.”

But in the only outward radius that matters, the smoothness of her silver is so severe that it ripples the way a whisper stirs over the breathless stillness of the water. You can count on it to crease out some soft patterns before the water settles back to placid serenity.

Well, the only settling this ghost is doing is settling in. And as they commune within her foundation she soon feels it’s the ghost’s foundation and not hers. As if she’s lost in some forest of shadows. What’s a forest? Is that a Hub? But Hubs are never dark. I can’t help you, she says. I’ve never seen a forest.

The ghost is greedy. It’s already attached itself to her where her mem cores the spark of her current, her glyphic pulse, drawing strength to translate itself into another way to read it. That was mine first, she wants to say. But her inner voice is saying something else. Take all you can. You’ll need it for the way home.

-excerpt from Sigma threading crossflow, rivered to via archival by codex ghoster id-claimed as ‘the wren.’ 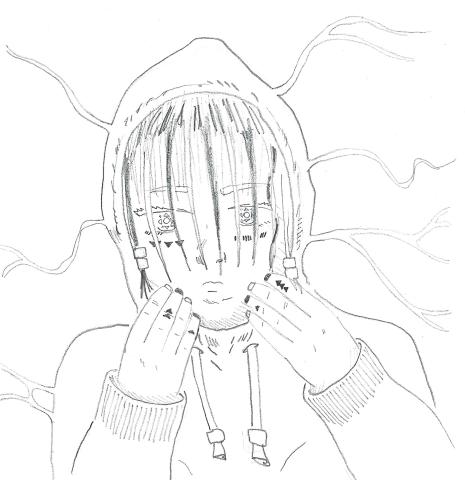 seen with: the neuroxia in all eyes

‘I mean, what do you really find? Is it trouble for the rest of your life or is it the end of the rainbow? Do you dare to actually open the treasure box?’ He turned his hands palms up and shook his head.

she'd sent a venter, harmless, spooled in motley violet and it had coursed

- in a radiance stolen from the loner, she'd thought,
the one fixtured as a stalker slanting from the lowest plane -

and he'd seen, ignored & now of course was thinking over what it meant.

not her true feelings, he'd thought, double checked that thought, her thought, over.

but she'd already been out, been gone, or it was gonna happen that way, the way their molting had laid it out, a half-decaled chronosis ago, or were the fibers truer and bluer? by which she'd meant that sickly blue blemish, the pale, streaking glaze of wizened tendon or carc'ed teeth.

and we have, she thinks, not much time left to keep going steady, and thank these angel echoes for that. echoed to where we only see them as our own dreams, and not our good dreams, and only sketched out and taken shape in our angst.

and it would hurt to be released from his trust, but she'd released him from hers, long ago. who keeps going that way? some do, and some must hurt, hurt themselves keeping it displaced like that, about a thousand bytes of it each time, severed only by the break of jawline

-while you think it over-

and say no fault, i am faultless here, and you say that with your silence, don't you?

but he says it with smoke now, clouding her out, dark clouds over her as she traipses through that outside.

hint of rain nuzzles her hair through her hood, meaning-

stronger than it feels. flame auricked lacing of her hair glued against and into banded nylon heavy with damp, in more obeisance to gravity, she can feel it, even so.

but no curl strings her eyes yet.

and all the fash and trend swims by her, in no way is she swimming through it. plaited clothes strung by the sleeve, skulls shorn seventy-five to twenty-five.

but she doesn't want to, and where was she going?

her beater is still more dead than alive.

so it wasn't that, she must have wanted something else.

but no, she thinks, couldn't be that, i am not wired that way,

and so she's wired herself out of it but still: dark clouds hanging heavy over her. patches on the pavecrete, blooming in shadow over lines ebbed and in some cases, shorted-

if you think, she thinks, there is life enough here, i'll prove you wrong, i'll make you care about it.

but only in hushed voices do they talk about Disillusion, in whispers do they dare into what it means.

what is your problem, she hears someone say, its not a good enough design? some poor loser must have shorted his shit by a headpiece for that. such a waste of time, right?

it's others who need to worry about that.

get caught up in that shit and it'll play you for real.

and so she's skipping past that just to focus on the shadows, blooming like algae clusters, she thinks, some lonely place past the 'wave that's all ocean.

the clusters themselves are cold & dry, sleek where not bittered by age and other people's issues.

her beater, had she left it on? it would be draining now, draining its brightness into the world. the world through the black floor, through the white walls she's never been able to poster up.

when its done it would sleep, she'd set it that way, sleep on the verge of its death,

sleep through its death that way, and that would hit her the next time she logged in, because she wants, she's told herself, to age out through it.

no breath she breathes out through it, and she's at Tachae's anyway, and it's boarded up the way it always is.

if she wanted to she could face the darkness that seeps out between the slabs of spiral-grained wood. bolted in chrome-finished iron. sparks of rust blood the ovalled tips.

go inside, see if anyone's there.