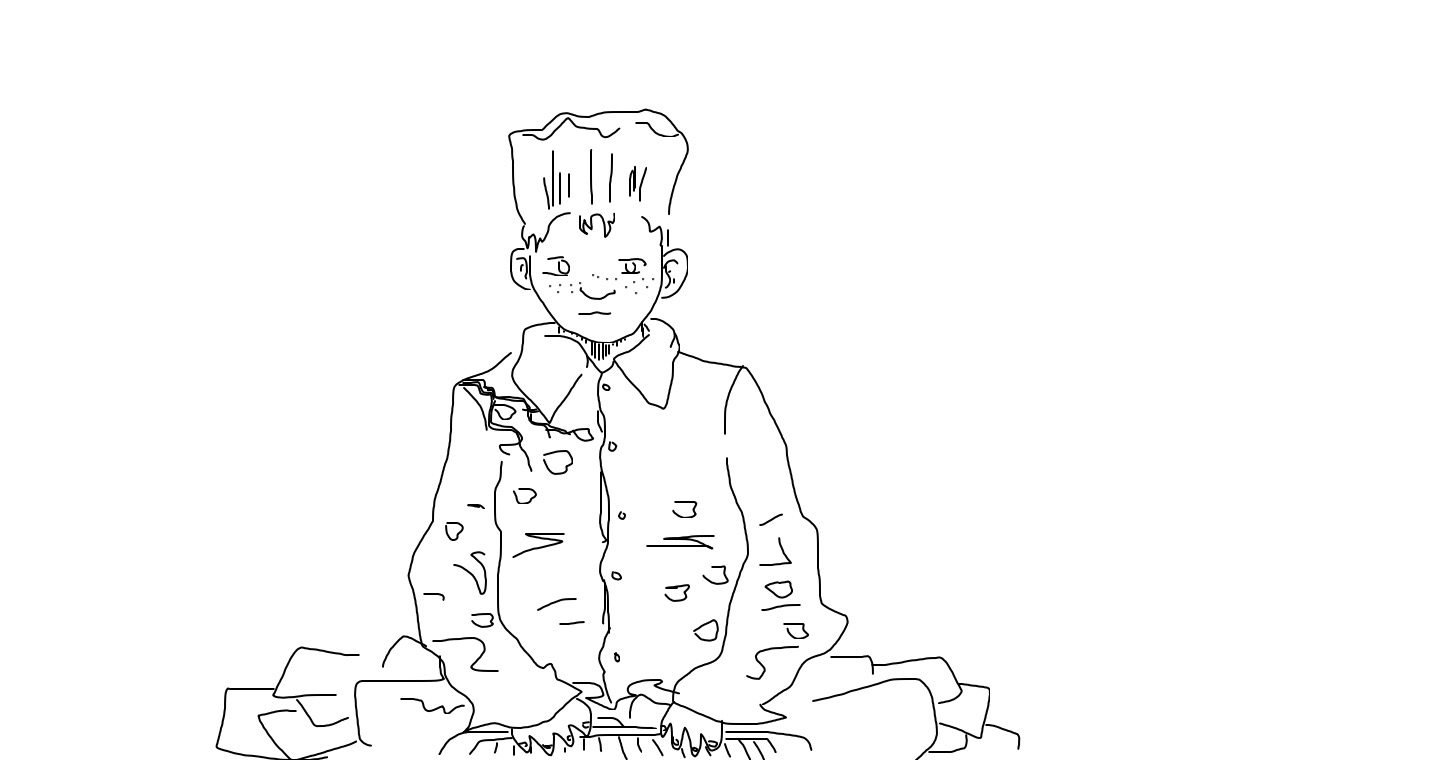 The third [Taboo Preserver], YMANN ULWEN was a popular streamer (improvised music and experimental magic) before retreating from the world to become take on his role. His streaming career, which began at age 13, ended in an acrimonious feud with another streamer, an older woman named Kruhai Shelsynn. The details of this feud have been erased from all networks, including ecclesiastical & military, in exchange for Ulwen’s co-operation. Ulwen’s sleep and psychological magic compatibility scored third highest in a gauntlet of tests conducted in 4151 AH, two years before the reincarnation of the Dark Lord, breaking all previous records including those of previous [Taboo Preservers]. Ulwen said the following explaining, in an unscheduled interview, why he wanted to take on the sacred role:

“I mean I want to say it’s out of duty to civilization, and I also know the rumours that I’m not supposed to say duty, that candidates who say duty are rejected - I won’t get disqualified if I admit to knowing about those right? Everybody knows them. So you can doubt my honesty in either direction. But it’s really not about duty first, or maybe that’s what I think about first but not what I feel first. I’m turning 18, and people tell me I don’t know what I want to do with my life, but I think I do. I’m told I have potential in the Magic Academy, but I don’t think I’ll accomplish anything great. I don’t think I’d be able to handle accomplishing anything great, and if I got close to accomplishing something great I think it’d slip away from me. Of course, I don’t have to, but on the other hand, looking out at another sixty years or something, and it seems like too much work, an unbearable amount of work, not to accomplish anything great. Not just the work work, most of that I’d probably be OK with if I got a job where I’m able to decide what I’m doing, but the people work, the expectation work, the letters, the conventions, the academic feuds…

The recruitment letter warned about aging rapidly, but I feel like I’ve already aged prematurely, when I talk like this. I need to say that because in a person my age everything I’m saying probably sounds like depression, which I’m sure is a red flag for you. But I’m not sad, I’m not even not feeling anything, I feel full and at peace and wistful and terribly afraid something’s going to shatter it all. I understand that something could shatter it in this position - if things go wrong - but that would mean something, and I really believe I could face it with dignity, if everything else was right with me and around me. I don’t want to be disturbed, but I don’t think I’m a coward; I want to keep playing, but I don’t think I’m childish. When I’m just playing around with things, I feel close to the Goddess. The Goddess is perfect order, and I feel her, right there in me. I know that’s weird to say as a man. I understand you haven’t had a male [Taboo Preserver] before? Whenever I have to reach out into the outside world, to express any of that, I feel chaos. The serpent-God. And I’m not interested in chaos. It’s also in me, and it creeps up on me and tries to devour me every time I’m not thinking about something. I just want to think about things, and not chaos kinds of things, not me kinds of things. I want Her. I want to devote my whole life to Her, as she appears in me. It’s a little embarrassing to say but I want the comfort you’re offering too. And I can’t see any kind of life that lets me do that the way this does. It doesn’t bother me that I’ll be asleep. I’m with Her when I’m asleep. She is the spine of my dreams. I’m content to climb up and down that spine, forever.” 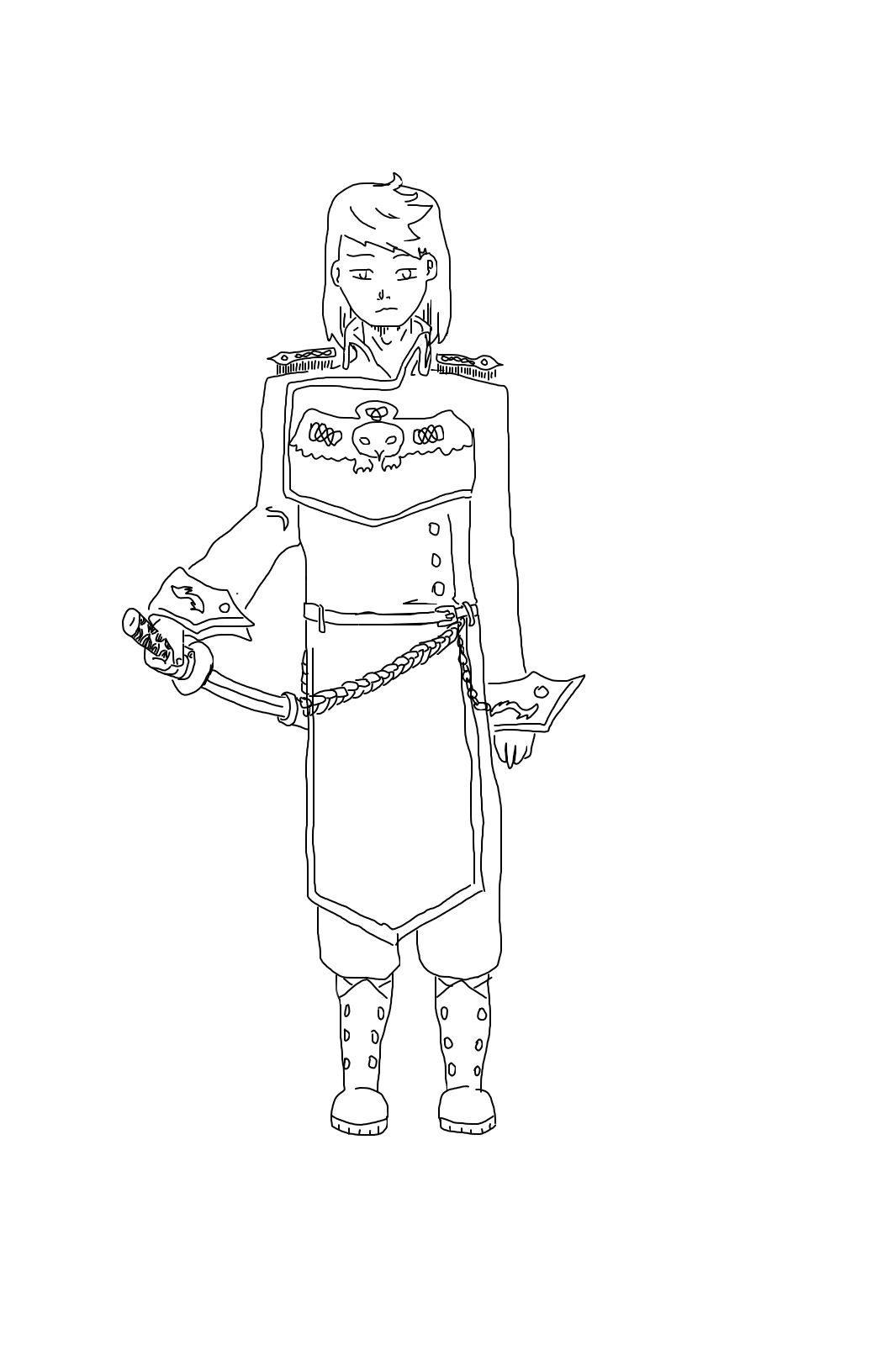 Commissioner Rraihha Braz is one of the last major aristocrats of Elthazan (her family holds the title of Marquis to a strategically significant mountain region, though she was not directly in line for the position) not to have dissipated their financial and political fortunes in the new opportunities for indulgence and pleasure offered by the long post-war era. To be clear, she is not a reactionary or power-hungry. She has passed tests of loyalty to the Ecclesia and global constitution specially designed not only for aristocrats but for aristocrats like her - aristocrats with the potential to become warlords. She passes them out of genuine belief, not awareness of her best interest. Her loyalty to the modern regime is cut of the pure, dumb, chivalrous cloth as in aristocrat’s loyalty to the aristocracy three centuries ago. She expresses her noblesse oblige through meritocracy.

Beneath all the purity of intention lies a deep fear of being humiliated by this era. Such a fear would naturally prevent her, like others of her birth, from resting her self-esteem on withered laurels. Instead she proven herself extensively through education, studying strategy to the third degree of initiation, theology to the fifth and history to the sixth, as well as passing twelve standardized combat exams. In none of these fields (except perhaps her exceptional physical constitution) is she a genius - simply a dedicated worker and a scholarly temperament, who continues to dedicate much of her free time to reading and study long after having achieved all relevant credentials. Despite this, her rapid promotion through the ranks of the Elthazan military, which values seniority and “real” military experience (this largely means performance in wargames, and effectively, more seniority and nepotism), even in a time of peace, over book learning and even combat skills would not have happened if not for her name, as a token of the military’s continuing alliance with the aristocracy. On some level, we believe she knows this, and simply compensates for the artificiality of her position by being as genuine in everything she does as possible. She excels at living up to all sorts of expectations, but would be just as humiliated by admitting that she is doing so, so she finds reasons in themselves to meet them.

All of these complexes made her an exceptional candidate for Commissioner - the military of Elthazan’s primary oversight in the extremely delicate and risky operation the Ecclesia and Human Defense Alliance are currently running inside their borders. Despite concerns that she might be too sincere for psychological operations, she learned the principles of containment quickly, and the inverse of her sense of noblesse oblige is a barely-concealed disdain for the less exhaustively self-realized (the Dark Lord most of all) that combined with her extensive historical knowledge has produced a ruthless and intuitive manipulator. She has become something of a protege of the visionary General Shaïgnar of the Human Defense Alliance, Martolod’s hand-picked successor, and has been an especially stabilizing presence for the [Taboo Preserver], whose preference for being alone was shading worryingly into loneliness in several psychological evaluations before Braz’s appointment. Recently we have approved forms of intimacy between them that have been historically unusual for [Taboo Preservers]. The exception may be more dangerous for Braz, whose own social life has been almost entirely official for several years, than for Ymañn, but she has not indicated any dissatisfaction, and we hope they will see in each other a model of dedication. 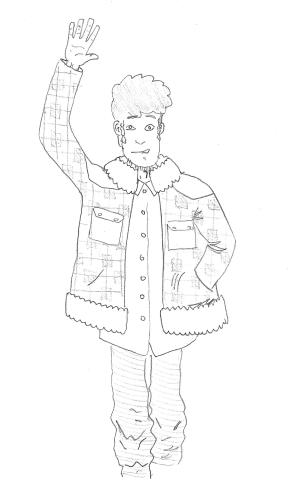 FEED Whimsical Ero Pedlar
@Suburbophile
I love fucking mons, uhhh I mean, I fucking love mons! stack enough layers of irony and you will uncover the secrets of the universe

@moephrenology idk I think you can be transmasc and a maid and I’d have the pics to prove it if Sketch Party fucking autosaved (do you wanna play Sketch Party sometime?)

@moephrenology onii-dude you were in the range of that blackout were you alright?

@railroadspikehead yeah I know you’re in a Theology program and I’m not. but the censors cleared this and they have like super Theology degrees so maybe we can both defer to them at least putting it in the space for public discussion? idk why you’re being so pissy about this

@railroadspikehead no I think when you anthropomorphize a spiritual concept you add another layer of meaning to it, even if it’s silly or stupid - in the same way irony is a layer of meaning. I know another poster who can explain this better but he told me to stop tagging him in arguments

@Suburbophile completed a quiz on Quizzoo - Which Decade of Memes Are You?

I really appreciate @lolarbitrary’s posting bc he can take “blah blah I don’t know what to post” and make it hilarious somehow. of course I also appreciate people who just don’t post until they have something to say like @moephrenology or @railroadspikehead

rare live action promotional music video from Super Wolf Pups: God Will Fail Even You Beautiful Creatures. found on my childhood hard drive my dad was about to throw out | wow this is blowing up but who am I kidding no one’s gonna follow me from it

@moephrenology does the Train Troopers Armoured Kiss reboot look so bad it’s good or so-normie-good-it’s-bad. need your input on this